Again and again, it's macro events that affect the portfolio performance of private investors – and massively so.

What if you had been warned about the pandemic two months in advance? Would your portfolio have performed better back in those volatile days of March 2020 (and after the plunge)?

One analyst saw the danger coming and warned his clients accordingly: Jens Nordvig, a former Goldman Sachs strategist who nowadays operates his own research and analysis firm, Exante Data. As early as 21 January 2020 (two months before the lockdowns), Nordvig's firm recognised the novel coronavirus as a market driver and started to publish daily data about the virus a short time later.

Exante Data provides analysis based on crunching massive amounts of data, to help its clients take the right position before emerging developments lead to a new market consensus. Even though it was only set up a short six years ago, the firm already counts about half of the world's top 100 institutional investors among its clients. Hedge funds, pension funds and other large institutional investors pay an annual five- or even six-figure sum to get access to the full scope of the firm's work.

Which macro developments could hit your portfolio next?

Jens Nordvig has been thinking about these trends 24/7 for well over two decades now, with great acclaim. Luckily, some of his market intel is available through a blog and social media. Additionally, his firm is preparing the launch of a product for retail investors. You've heard about it here first!

Right now, Nordvig is worried about a new situation that is "not getting nearly enough attention. Russia is cutting natural gas supplies to Europe, with dramatic implications for prices, and for energy security." (Tweet from 18 June 2022)

Will this become another case where Exante Data provided data-based early warning signs for something that turned out much bigger than most others initially thought?

Nordvig also regularly looks at off-the-beaten path questions such as:

I learn something new each time I do my weekly check of this Twitter feed. Some of Nordvig's viewpoints challenge me to get outside of my own comfort zone, which is where you learn the most.

Besides Nordvig's personal Twitter feed, you can also follow his firm's work through "Money: Inside and Out". Published by the entire Exante Data team, this blog aims to bring data-driven insights to a global audience, before they become the market consensus.

"Money: Inside and Out" is quite technical and often drills into details of macro analysis that most private investors would have difficulty to follow. However, some are more accessible, and it regularly shows that Exante Data is ahead of the crowd. Here are some examples of timely articles that you could have read for free when they came out:

"The big myth about money and inflation", where Nordvig wrote in December 2020 how "money printing may indeed be associated with a real demand spike, and then it can very well be a part of a process that drives inflation higher". Back then, he predicted that "markets may again have something new to learn about the link between money and inflation".

"The Norwegian Krone is becoming a 'global' currency" is an article of interest to anyone holding Norwegian shares.

"China's digital currency is a game changer" is a prescient January 2021 article that concluded: "when the history is written, 2020 will have will have legitimate claims as the inflection point between the fiat and fractional reserve system that has prevailed since the early 1970s, and a new era where digital currencies become a feature."

Most (but not all) blog articles are now behind a paywall. A subscription is an affordable USD 200 per year, and you can test the waters with a one-month trial for USD 20.

However, you might also simply want to try out – or even get involved with – Exante Data's new application "MarketReader", which is designed specifically for retail investors.

Check out “The world’s best investing blogs” for my very own top 30.

"Why is Apple stock up today?"

"Why are oil prices slumping?"

Explanations for these movements across various media often tend to be delayed, without a firm analysis of the underlying data. Journalists simply don't have access to the vast data troves that a firm like Exante Data has built over the years.

MarketReader is a new software that aims to bring the estimated 440m retail investors around the world "a new kind of tool to understand the market", through delivering data-driven explanations of asset price movements in real-time. The product's preliminary website claims that it will do so "in a faster and more thorough manner than any human-driven process can".

Some of my readers may be interested in testing MarketReader's live market screener, or even providing input for future features of the service. The initial web-based market screener page (launched April 2022) displays the output of the abnormal price movement identification engine in real time. The full product, when launched, will include data-driven explanations of price action drawn from volume/flow, news, social media and factor model sources. Alternatively, you can follow the website's Twitter bot to get alerts about "unusual asset price movement you won't find on a standard stock screener".

MarketReader is also currently raising VC funding. Download the summary factsheet or contact Nordvig through LinkedIn if you are interested in learning about the current round.

Usually, you'd have to send Exante Data a five- or six-figure sum to have the privilege of getting the firm's founder onto the phone.

Luckily, I have been friends with Nordvig since his time in London in the early 2000s, when we both lived within a stone throw of each other in Kensington and Chelsea. After too many years, I recently managed to catch up with him over lunch near his home in Westchester County: 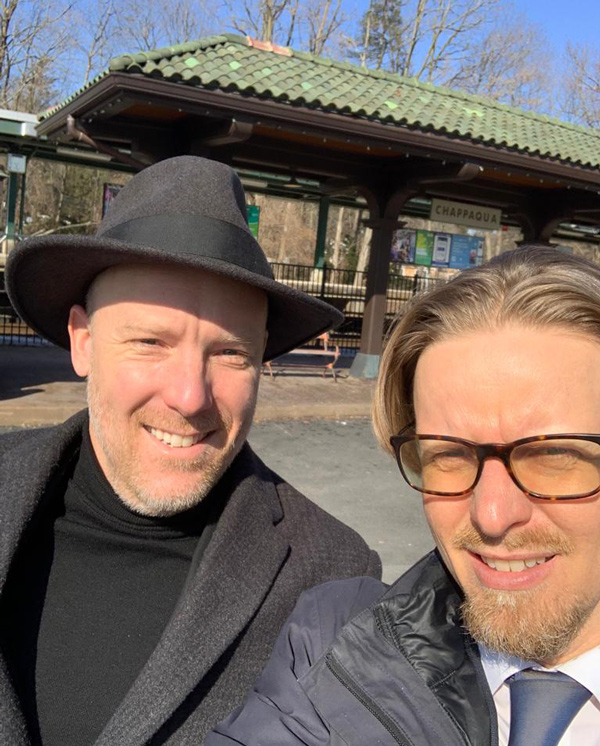 Nordvig generously agreed to answer questions from Undervalued-Shares.com readers next time we meet up again. Come to think of it, he even does some "prop trading" on the stock market. Will he let me in on one or the other stock idea that he holds in his personal portfolio? Only time will tell… Watch out for a "proper" interview (an Undervalued-Shares.com exclusive, and all for free)!

The death care industry benefits from an absolute certainty: sooner or later, everyone becomes a customer.

This makes it pretty crisis-resistant! Take Service Corporation International, for example, the leading provider of funerals in the US. Even after the recent sell-off, its stock trades a mere 12% below its all-time high. Compared to ten years ago, it's up 500%.

Here's one company that could follow in its footsteps. It's one of the leading death care companies in Western Europe, and its stock price is currently too low by a factor of 2-3, at least.

The death care industry benefits from an absolute certainty: sooner or later, everyone becomes a customer.

This makes it pretty crisis-resistant! Take Service Corporation International, for example, the leading provider of funerals in the US. Even after the recent sell-off, its stock trades a mere 12% below its all-time high. Compared to ten years ago, it's up 500%.

Here's one company that could follow in its footsteps. It's one of the leading death care companies in Western Europe, and its stock price is currently too low by a factor of 2-3, at least.

The pound sterling crash – which British stocks are now a screaming buy?

With the pound at a record low to the dollar, some British companies are now a bigger bargain than ever. What private investors need to know.

END_OF_DOCUMENT_TOKEN_TO_BE_REPLACED

Bank of Cyprus is the country’s leading bank and listed in London. It recently attracted interest by private equity, and a bid could yield a 49% profit before year-end.

END_OF_DOCUMENT_TOKEN_TO_BE_REPLACED

The share price of the Société des Bains de Mer has rallied to a new record, puzzling many observers. Here is why SBM stock has even further to run.