Polymetal: how to buy Russian gold mines for free

Polymetal: how to buy Russian gold mines for free
8 July 2022

Not quite, though. There is one London-listed company that is the famous exception from the rule. The majority of its assets are located in Russia, but the company itself is not Russian. The stock continues to trade, and it has become a clever way to get exposure to Russian assets at a time when these are selling at fire-sale prices.

Come to think of it, it's not unreasonable to say that you are currently getting these Russian assets for free.

How is that possible?

Read on for the basics behind the company, and why its stock may become an increasingly popular speculative play.

Polymetal International (ISIN JE00B6T5S470, UK:POLY) has built a portfolio of gold mines in Russia and Kazakhstan. With almost 1.7m ounces of gold produced in 2021, it is Russia's second largest gold producer, and one of the ten largest worldwide. Two-thirds of the company's assets are in Russia, and its management is based out of St. Petersburg.

Polymetal went public in 2011, with investors doing relatively well. Even though the gold price had never quite taken off over the last decade, Polymetal stock has doubled over the ten years following its IPO, besides a generous dividend paid out along the way. The stock became a member of the FTSE-100 index and as such joined a club of elite, respectable companies. At its peak share price of 2,028 pence in late 2020, Polymetal was worth GBP 9.5bn (USD 11.4bn). This is not your average junior gold mine, but a world-class mining operation.

The stock had already halved during the preceding stock market malaise, but it fell as low as 121 pence after the hostilities broke out. Right now, it's trading at 185 pence or 91% below its record high from just two years ago.

Remarkably, the stock continues to trade even though it's widely assumed that trading in all Russian stocks has ceased. Technically speaking, Polymetal is not a Russian company. It is registered in the Channel Islands, and neither its St. Petersburg-based management nor its major shareholder fall under a sanction regime.

Some banks and brokers refuse to take orders for Polymetal, erroneously classifying the company as Russian. Its secondary listing on the US stock market has been paused. However, trading in London continues, and most mainstream brokers are accepting orders to buy and sell. On the day before publishing this article, Polymetal saw over 250,000 shares change hands.

Why would anyone take an interest in Polymetal at this stage?

Quite simply because the underlying mining assets are given away for a song.

The lowdown on the business

Polymetal has an experienced management team and its major shareholder, the Cyprus-based Nesis family of Russian descent, has dealt with previous crises. When the fighting in Ukraine broke out and caused chaos for companies that operate in the wider region, Polymetal put out a statement that it had already stockpiled sufficient spare parts to keep operating its mines for the foreseeable future. Indeed, as of the latest available information, Polymetal's mining business is operating as normal as one could possibly expect given the wider circumstances. Where disruptions exist, they are not necessarily due to Ukraine, such as the supply chain issues thrown up by China's recent coronavirus lockdowns.

Right now, Polymetal stock is trading at what appears to be an extremely cheap valuation: an EV/EBITDA ratio of 1.9 for 2022, 1.1 for 2023, and 0.6 for 2024, based on some of the available estimates. While these figures almost sound too good to be true, there are many other stocks from the region that are actually trading at similar valuations.

There are some downers and risks, though:

This doesn't bother those who claim that Polymetal is a steal at current prices.

If you considered all Russian mines a worthless write-off, you'd currently be paying 3x EV/EBITDA for the remaining Kazakh gold mines. In a way, you are buying cheap Kazakh mines, and the Russian mines are thrown in for free as an optionality for the future. Kazakhstan is likely going to become to the region what Yugoslavia was in the 1980s, i.e. a country that makes itself useful to both sides of the Iron Curtain. There doesn't seem to be a grave risk for the Kazakh mines.

Also, the problems mentioned above are not necessarily the end of the world:

Even just some kind of return to "normal" could put a turbo booster under Polymetal stock. To demonstrate the order of magnitude of the company's undervaluation, if Polymetal continued to pay out its dividend as usual, the stock would provide you with a dividend yield approaching 50% p.a.

Currently, 22% of the company's shares are held through Russia's (sanctioned) clearing house, the National Settlement Depository (NSD), which means that dividends cannot be paid out to a large number of shareholders. However, every problem usually has a solution. E.g., instead of paying dividends, Polymetal could buy back stock in the open market.

Even though the company was never accused of any wrongdoing and doesn't fall under any sanctions, it's been put into guilt by association. Norway's sovereign wealth fund, Norges Bank, sold its stake, and the stock was ejected from the FTSE-100 index. It's no surprise that there has been selling pressure.

Later this year, Polymetal intends to update its shareholders on a potential structural change that could make for a clearance kick: a split of its Russian and Kazakh businesses, each with their own listing. The "good" Kazakh assets would then be separate from the "bad" Russian assets. Investors would have the option to retain holdings in both companies, or to sell their shares in either one. If such a step came to pass, it could act as a powerful catalyst for Polymetal.

Outside of the risks and challenges mentioned above, the company literally needs to rebuild its circle of shareholders. Chances are that much of the free float of this stock will sooner or later be held by private investors rather than institutions. However, there is nothing wrong with that and a high dividend yield or share buy-backs could get Polymetal stock to move up again.

Another option to buy Russian assets on the cheap

Had it not been for some banks and brokerage firms refusing to place orders for this stock, Polymetal probably would have made it into an in-depth research report for Undervalued-Shares.com Members.

However, there is another way to get exposure to Russian assets, and this option is open to anyone, provided you can place orders on the New York Stock Exchange. It may be the single smartest way to pick up the best Russian assets for a song – and even better than Polymetal by some measures, since there is no risk of problems with debt repayments.

With most conventional ways to get exposure to Russian stocks currently blocked, here's a loophole on how to get in regardless.

The stock featured in this exclusive report for Undervalued-Shares.com Lifetime Members is the equivalent of buying Gazprom stock at a price/earnings ratio of 2.

And you can get in with ANY ordinary broker!

With most conventional ways to get exposure to Russian stocks currently blocked, here's a loophole on how to get in regardless.

The stock featured in this exclusive report for Undervalued-Shares.com Lifetime Members is the equivalent of buying Gazprom stock at a price/earnings ratio of 2.

And you can get in with ANY ordinary broker! 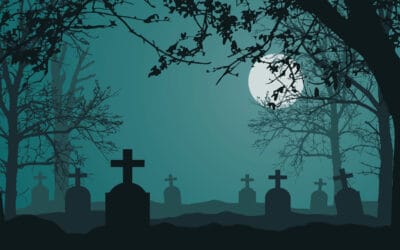 Pinelawn Cemetery is the US’ only remaining cemetery with tradable land shares, and you can invest through the stock market!

END_OF_DOCUMENT_TOKEN_TO_BE_REPLACED 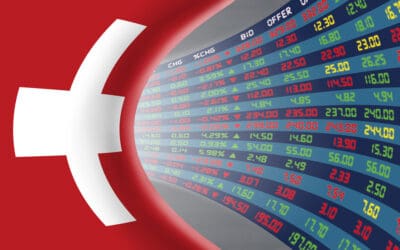 Swiss investor Martin Ebner became a billionaire out of nowhere, then nearly lost everything. Today, he is richer than ever. What does his unusual career teach us?

END_OF_DOCUMENT_TOKEN_TO_BE_REPLACED 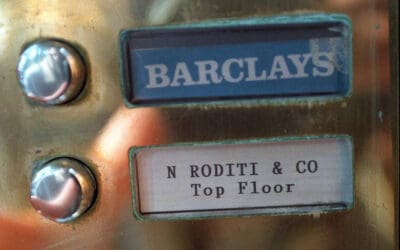 Nicholas “Nick” Roditi is one of the greatest – and most secretive – money-makers of all time. What do we know about him, and what can we learn from him?