Readers meet readers – and everyone gets new ideas
25 November 2022

Over the past three months, I hosted a monthly series of dinner discussions for readers and professional contacts in London.

As one reader put it:

"The whole evening was very enjoyable and particularly gratifying for me personally. None of my friends are at all interested in financial and stock markets, so it was really good to meet likeminded people who speak the same language and share my passion for investing."

Better still, there are some specific ideas coming out of these discussions.

Readers in a private dining room somewhere in London.

One of my readers has many years of investing in commodities, which is what he mostly focusses on these days on behalf of a family office.

"London is a punishing market for these stocks because the City doesn't like commodities. My stock pick has two other reasons why you should consider carefully if it's for you. Its business is coal, and its assets are located in Zimbabwe."

Needless to say, that reader (whom I have known for years) immediately had my attention.

"I do not like to invest in exploration stocks. I like companies that are producing, and which can hold their own during the entirety of the cycle. The stock I am speaking about is at an interesting transition point."

Contango Holdings (ISIN GB00BF0F5X78, UK:CGO) controls a 2.6bn tonne coal resource in Zimbabwe. It's a ginormous resource, and one of the largest in this part of Africa. Much as it's not in production yet, it will be soon. The construction of a wash plant is near completion, and Contango Holdings will soon be able to produce both coking coal and thermal coal.

The London-listed company has now entered into a first off-take agreement. By the end of this year, it should start to deliver 120,000 tonnes annually to a South African client. At production costs of USD 42 per tonne and current market prices of USD 120 per tonne, Contango Holdings is projected to generate annual EBITDA of nearly USD 10m from this client alone.

The first wash plant has capacity for 240,000 tonnes per year. "The team is being bombarded with enquiries", my reader reported. He has been in touch with industry experts in South Africa who shared with him the entire context of the opportunity.

Zimbabwe is a challenging environment, but interesting for that reason. As I told the group, I visited the crisis-stricken country in 2007 to see if there were any interesting bargains to be had. At the time, local contacts told me about the country's fabulously large coal reserves. 15 years later, it seems the missing pieces are finally falling into place. Last year, Zimbabwe was one of Africa's ten fastest-growing economies.

Given the size of its overall resource, low production costs and the world's newly-found interest in coal, Contango Holdings recently raised GBP 7.5m from investors. Carried out at a price of 6 pence per share, the placing was oversubscribed. The stock is currently trading at 6.3 pence, a lot cheaper than its March 2022 high of 9.8 pence.

For anyone who is looking for an interesting play in coal, Contango Holdings is worth investigating further. If the company's expansion plans work out and the market starts to appreciate the growing cash flow as well as the sheer size of the remaining resource, you could be looking at a 3x investment opportunity.

"British housebuilders say one thing to the public, but privately the situation is – shall we say – more 'nuanced'."

One of my readers is a veteran of the British real estate industry, with deep insights into the sector because he runs a company in that space himself.

Increasing financing costs, the cost of living crisis, falling property valuations – the reasons for the decline are obvious.

Publicly, they complain about the current macro situation. In 2022, their margins are likely to fall to 23% – down from 32% in 2021, a drastic fall indeed. However, it's still above the 19% margin they had in 2008. Speak of complaining about a first world problem!

"In the UK, there remains a fundamental shortage of supply of housing. You have a NIMBY electorate everywhere, 'not in my backyard'. Everyone supports the idea of more housing, but no one wants it to happen near where they are. The Tory party is controlled by just 200,000 party members, most of whom live in the green belt and own property. The existing undersupply is not going to go away, and will make for continued healthy margins for housebuilders."

The industry's dirty little secret is its landbank.

"Don't believe anything they say on their landbank. What some of these companies claim to have as landbank are really just options and other arrangements. They just don't have enough land."

Still, when you invest in UK housebuilders, you invest in an industry that has a relatively limited number of players, persistent undersupply, and strong balance sheets.

Even during the downturn, Taylor Wimpey is expected to continue paying a 9% dividend yield over the coming years (see table below). Why bother investing in a two-bedroom flat and managing a tenant when you can invest simply through stock in housebuilders?

I also have private investors among my readers who want to keep things simple and safe.

"My stock pick has the simplest business model in the world."

The Labrador Iron Ore Royalty Corporation (ISIN CA5054401073, TSE:LIF) benefits from one of the largest iron ore mines in Canada, but it only has three employees and operates from just 355 feet (30 square metres) of office space.

The company doesn't produce any iron ore but holds an equity interest in an iron ore asset and receives a 7% royalty on all sales from the mine. It then pays as much of that income as it can to its shareholders.

"There is no corporate governance risk. It is LITERALLY three guys sitting in the room, waiting for royalty cheques to come in. They probably have the highest revenue per employee of any operation in the world."

The mine has many decades of reserves left. "In the long run, such royalty income streams tend to be underestimated."

If there is an increase in metal prices, the company's income will increase. Right now, the possibility that metal prices will increase is not reflected in the valuation at all. This is an income-producing stock with free optionality built into it: "Overall, I expect a 25% p.a. return in the long run, but there will be volatility along the way for both metal prices and the stock price."

The big opportunity of 2023 – distressed investing

What are the new investment themes, paradigm changes, and big new ideas?

One reader predicts a secular opportunity that will go down in investing history:

"We are going through a paradigm change. After the Great Financial Crisis, everything has been put on the assumption of very low interest rates. The situation has changed, obviously. The next two years will be a tough environment for funding and financing.

The ripple effect we are now starting to see in the financial markets is going to become a waterfall. 2023 will be a slow train wreck. I am getting ready for a cycle of severe distressed investing.

However, now is too early still. After the 2001 bursting of the dotcom bubble, we saw a nuclear winter. We first need to see more companies get incinerated, only then will we have reached a bottom.

Even real estate developers with prime properties in major cities suddenly cannot get funding anymore. Anything that is slightly unconventional and therefore falls outside the radar of institutional investors will be illiquid. That's where we will find some amazing opportunities next year.

There is lots of good stuff coming in the distressed space."

This was from a reader who had moved to 50% cash in time to avoid the worst of this year's stock market rout. Ignore his insights at your peril.

It's not all doom and gloom, though. There are some incredible new opportunities arising in areas such as "proptech" (property technology), digital healthcare, and (surprisingly) even in selected areas of manufacturing in Europe (e.g., luxury goods).

Though these are subjects for another day (read: future Weekly Dispatches and in-depth research reports).

A virtuous circle of everyone benefitting

Hosting a series of events in different locations proved an interesting experiment.

How big – or small – should such events be? What is the best way to ensure a productive discussion? Which format is best suited to share findings with those 99% of my readers who cannot attend?

It's been a useful learning experience for yours truly, too. I previously ran an investor events company and have long felt there is unmet demand among private investors to physically meet and debate. Something that sits at the crossroads of TED Talks, Intelligence Squared, and Master Investor.

I'll be hosting more such evenings from January 2023 onwards. Besides London, I have kickstarted such get-togethers in Guernsey (Channel Islands), and I am considering other venues and ideas.

Reader input on how to make such events more useful, more worthwhile and potentially more scalable is always welcome.

In the meantime, thanks to everyone who participated so far!

USD 49 for an Annual Membership?

USD 999 for a Lifetime Membership?

You'll be hard-pressed to find a better deal elsewhere.

Find out more
Print this article

END_OF_DOCUMENT_TOKEN_TO_BE_REPLACED 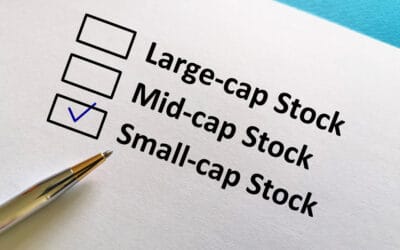 Will small caps be the biggest winners of the next few years, or will they lag the overall market?