During a bilateral summit between North and South Korea earlier this week, both countries surprised the world with a tentative plan to jointly apply for the 2032 Olympics. Much as peace, de-nuclearization, and an end to economic sanctions are still way off, this was a powerful sign that conversations between these two countries have reached a new phase.

Enter Undervalued-Shares.com and my finding of a virtually unknown backdoor route for investing into the future of North Korea right now.

In today's issue, I am going to build onto the general background I provided you within last week's part 1 ("Sleepless in Seoul - my quest to understand the North Korean investment opportunity"), and I will look at a specific group of companies that you are very unlikely to have read about anywhere else yet.

To help you understand this investment opportunity, it's necessary to go back two decades and look at events that took place in 1998.

500 cows and a determined entrepreneur

Chung Ju-young was the founder of Hyundai, THE South Korean conglomerate ("chaebol") in the decades after the Korean War. Today, it's Samsung that takes the crown among South Korean companies. But back in the 1970s and 1980s, Hyundai was the country's biggest and most powerful corporation.

Hyundai suffered mightily under the 1997-98 Asian debt crisis and a seemingly never-ending family feud. However, this never dented Chairman Chung Ju-young's passion for helping to make amends between the two Koreas.

In 1998, he led a herd of 500 cows over a North/South Korean border crossing as a symbol of future economic collaboration between two countries. His bold action led to some iconic photographs and an ongoing dialogue between the Hyundai family and North Korean's ruling family.

That same year, Chung Ju-young and one of his sons, Chung Mong-hun, started offering tours to North Korea's famous iconic Kungmangsan Mountain. With special permission from North Korea's regime, their tourist groups initially traveled to the country's mountain area by sea. Later, they even got permission to take South Korean visitors across the infamous Demilitarized Zone (DMZ).

The crowning glory of the Hyundai family's efforts to bring both countries together, though, was the construction of the Kaesong Industrial Region, a special administrative region that was carved out as a place where South Korean companies could operate using cheap North Korean labor. The industrial park attracted 124 companies and grew to employ over 50,000 North Korean workers. It is located ten kilometers (six miles) to the North of the DMZ. If ever there was a symbol for both Koreas coming together, Kaesong pretty much steals the show even today!

Sadly, all of these well-intentioned and commercially-organized activities eventually came to an end - although possibly a temporary end.

The company is (mostly) a sleeping beauty

The tourist trips were the first to stop. In 2008, a South Korean tourist got shot and killed by a North Korean soldier. The tragic incident led to all further tours getting canceled until further notice.

Kaesong is currently closed, too. North Korea's ballistic missile tests in 2016 made the South Korean government ask all companies to shut down operations. The site was professionally mothballed, i.e., it's maintained but not currently open.

Tragedy struck in the family, too. Not only did Hyundai Group's founder die of old age in 2001. His son, Chung Mong-hun, committed suicide in 2003 after it was revealed that he had used company funds to pay bribes in North Korea.

Thus ended the drive for economic reunification that Chung Ju-young had mostly focused under the umbrella of one of the family companies, Hyundai Asan.

The company still exists; there are three (!) ways to buy a stake in it, and the heirs always kept the North Korean vision of Hyundai Asan alive. However, it is currently mostly a case of hope and expectations rather than actual assets or businesses. Though this could make it all the more interesting if things pan out.

For now, the market has already rewarded the company's patient shareholders with a gain of nearly 300% since peace talks began in earnest back in April.

Here is what makes Hyundai Asan such a unique animal of a company.

Agreements to be the no. 1 player in developing the North Korean economy

Back in the days of the late founder and his late son, Hyundai Asan negotiated agreements that went way further than merely operating tour groups and the Kaesong Industrial Park.

Hyundai Asan also has "exclusive business rights" to the following areas of the North Korean economy:

Electricity: Construction of power plants and expansion of existing ones.

Rail: Reconnecting railroads between specific regions of both countries.

Airport: Construction of an airport in the tourist region of Kumgangsan.

Dam building: Construction of a dam near the Imjin River.

Water resources: Supply of water from the Kumgangsan Dam to the South.

These are precisely the kind of large-scale infrastructure projects that the leaders of both Koreas have identified as priority areas for the potential future economic development of North Korea. Actually, the reopening of the Kaesong Industrial Complex and the construction of railway lines were a high priority part of the agenda of this week's bilateral summit.

These contracts were all signed between Hyundai Asan and the North Korean government, which makes them both compelling and questionable. The North Korean government could decide not to honor the contracts. However, a country that is seemingly getting ready to welcome international investment back into the fold would be ill-advised to start the process by screwing one of its longest-standing allies in economic development.

It's highly likely that there are still close contacts between the Hyundai family and North Korea's dictator, Kim Jong-un. The widow of Chung Mong-hun is chairing Hyundai Asan, and she has made a point of keeping the vision of the company becoming a trailblazing investor in North Korea alive.

E.g., the closely affiliated Hyundai Research Institute keeps publishing research about the economic aspects of potential unification. Earlier this year, it released a report advising on expanding the Kaesong Industrial Complex and turning it into a Special Economic Zone not quite unlike Hong Kong. There are earlier plans in existence to expand the Kaesong Industrial Park from currently 65 square kilometers (16,000 acres) to 300 square kilometers (74,000 acres).

One way or another, Hyundai Asan will be part of it if or when the economic collaboration of the two countries resumes. One could hazard a guess that if one or the other old agreement were taken away from them, North Korea would compensate them by throwing them some other goodie. E.g., it'd be easy for the country to give Hyundai Asan some other development rights provided the company obligates itself to invest X amount into actually putting these rights to use.

For now, Hyundai Asan is the closest thing you'll find to a "pure play" on the North Korean economy. It's mostly hope rather than assets, but that hasn't stopped investors from starting to put money behind the company. 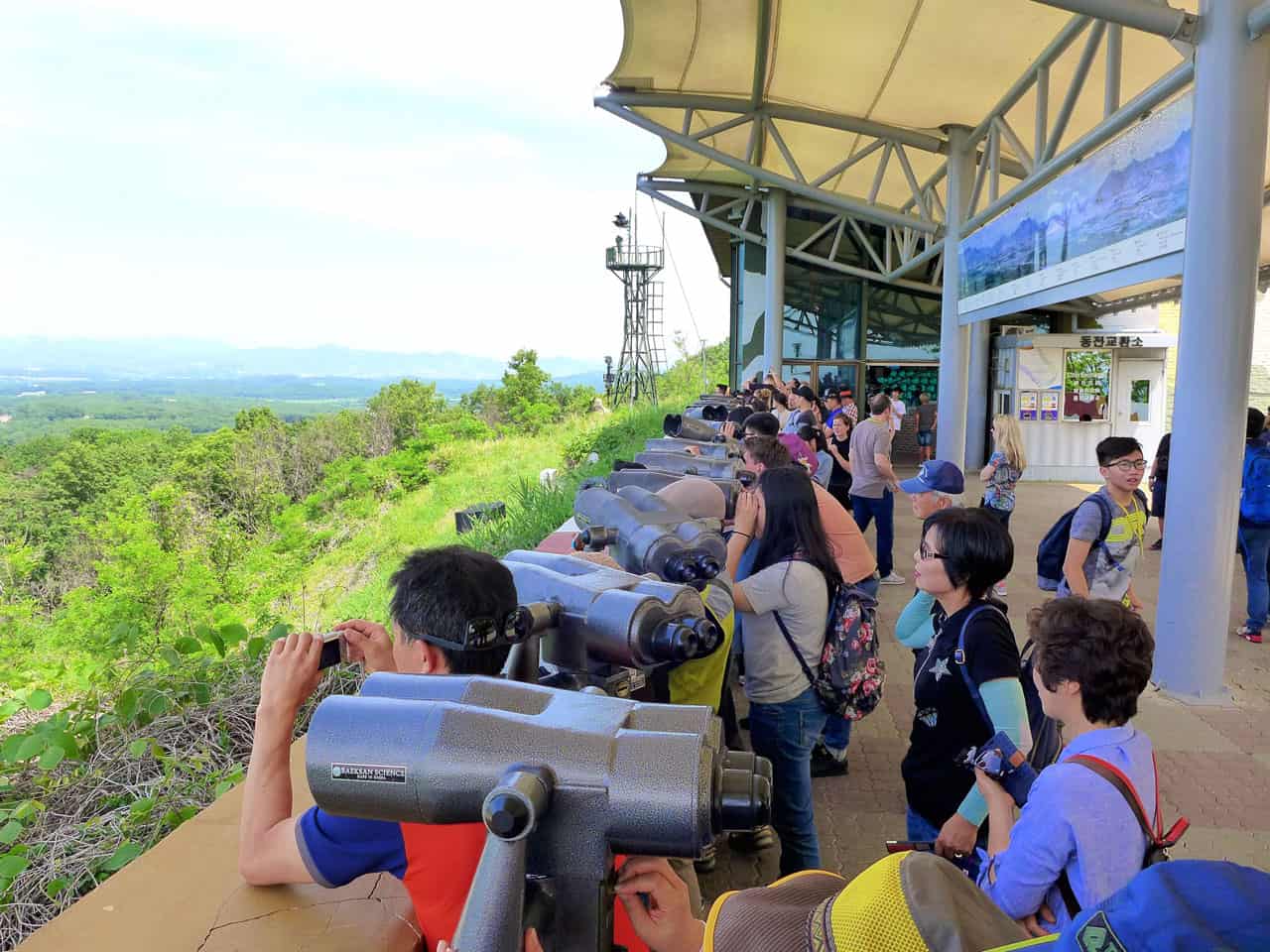 One direct and two indirect routes to invest

Right now, there are three ways to get exposure to Hyundai Asan.

The shares of the company itself are traded on the Korean OTC market, under ticker number 075120. The company is currently valued at just over $1bn. Which may be a billion too many, or it may be the greatest bargain ever given the white canvas situation of North Korea. About 18% of the shares are in free-float. However, for foreigners, buying shares on the Korean OTC market will be challenging given that this is not a market that foreign brokers and banks would typically trade in. Some specialized banks and brokers will be able to buy and sell on the Korean OTC market for you, but they will be the exception rather than the norm.

Yet another indirect route is to invest into Hyundai Electric & Energy Systems (KR:267260), which also owns a 7% stake in Hyundai Asan. Hyundai E&C is capitalized at $0.5bn right now. Its share price hasn't benefited from the North/South Korea story yet and on the contrary, has been heading down recently. No doubt the fact that its stake in Hyundai Asan is relatively small as a percentage will have led to investors who are looking for exposure to North Korea focusing primarily on Hyundai Elevator.

I am far from saying you should buy a stake in Hyundai Asan.

There are numerous reasons for me to stay well clear of that:

However, it's an intriguing company to follow regardless. If only because its share price is an indicator what the markets think of the REAL prospect of North and South Korea getting back together - which you can then compare to media reporting in Europe and North America!

Also, the numbers resulting from a unification boom - if it was to happen - could be substantial, if not staggering. North Korea is estimated to be sitting on $10tr (= $10,000bn) in mineral wealth, not to speak of a variety of other incredible assets, e.g., the pristine beaches that Donald Trump mentioned during his press briefing in Singapore.

To occasionally look up the share price of Hyundai Asan, type "075120" into the search field of the Korean OTC Market website. The chart you can retrieve there will be its own kind of fever curve of events on the world's most politically exciting peninsula!

Coming up next week: Quo Vadis, North Korea? A quick look at the recent developments through the lens of an investor.