If you are ever in the Seattle region with a few hours to spare, do visit the Boeing Company. Anyone willing to make the trip to Everett, circa 58 kilometres / 36 miles north of downtown, can join the daily factory tours offered by the world's largest aeroplane manufacturer. Visitors get to enjoy the insightful storytelling by Boeing-employed tour guides while ogling at half-finished aeroplanes on the crane-powered assembly line.

I recently travelled to Seattle to reconnect with old friends and update myself about what's happening along America's West Coast. Given that Boeing is listed on the stock market, how could I have possibly resisted such a tour?

All the more as the company is currently in such an extraordinary situation.

Before arriving at the factory, participants are asked to not mention the 737 MAX to any of the staff.

These are tricky times for Boeing. If you haven't spent the last twelve months in a cave, you will know that the world's airlines were ordered to ground all 387 jets of the Boeing 737 MAX model. Following two crashes that were only five months apart, it became apparent that errors committed by Boeing were responsible for the loss of the aircrafts and the deaths of 346 people. All existing planes of this particular model have since been out of operation, pending further investigations.

Worse still, it has become likely that these weren't ordinary mistakes committed by the company. Boeing critics claim that short-termism, greed, a lack of engineering know-how, and deeply embedded problems in the company's corporate culture were to blame. The jury is still out, but it is already clear that the political, legal and financial fallout will go down as one of the worst chapters in Boeing's 103-year history.

Though you wouldn't notice any of it during a visit to the Boeing manufacturing plant. The factory tour was one of the best organised and most interesting tours I have been on recently:

For anyone of the 3.5m visitors who make the pilgrimage to Everett every year, none of the recent turmoil is visible. 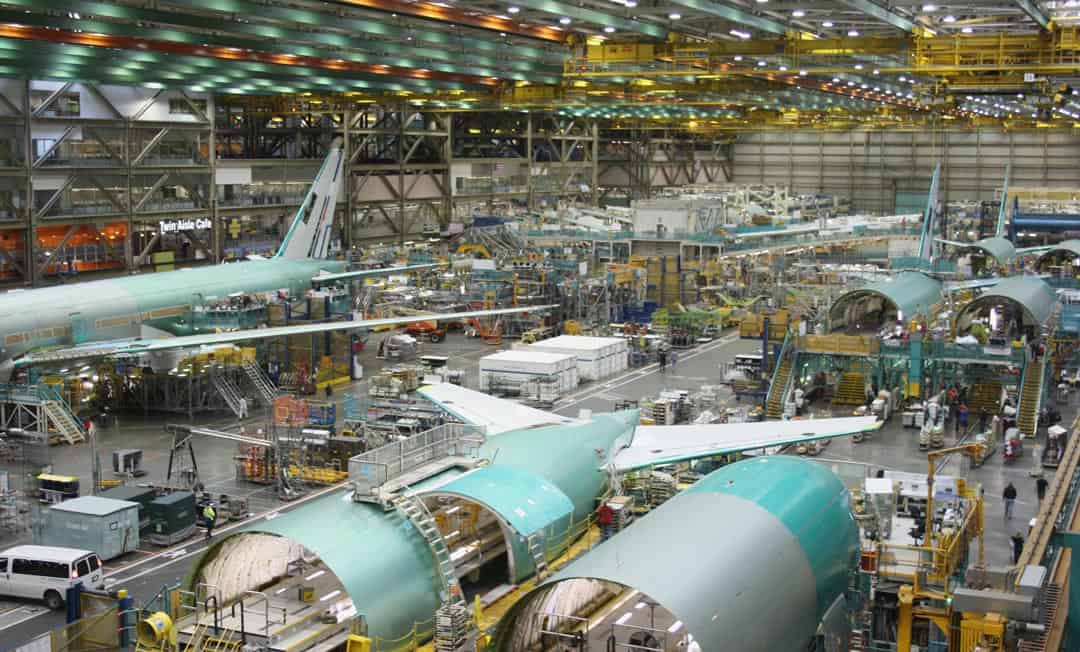 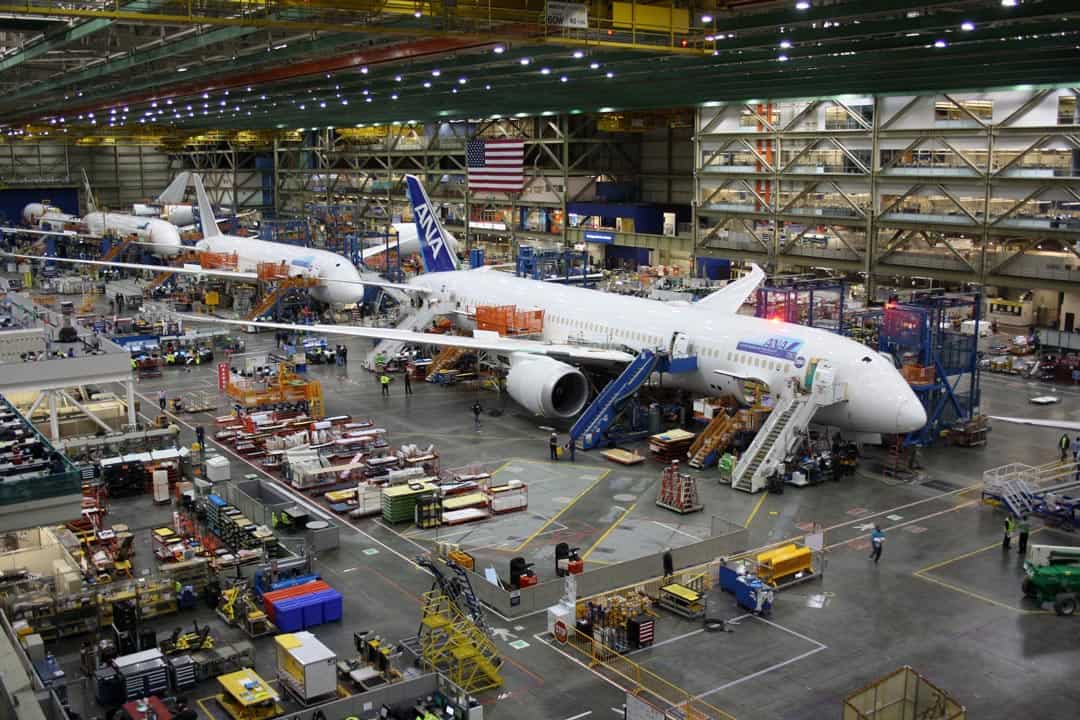 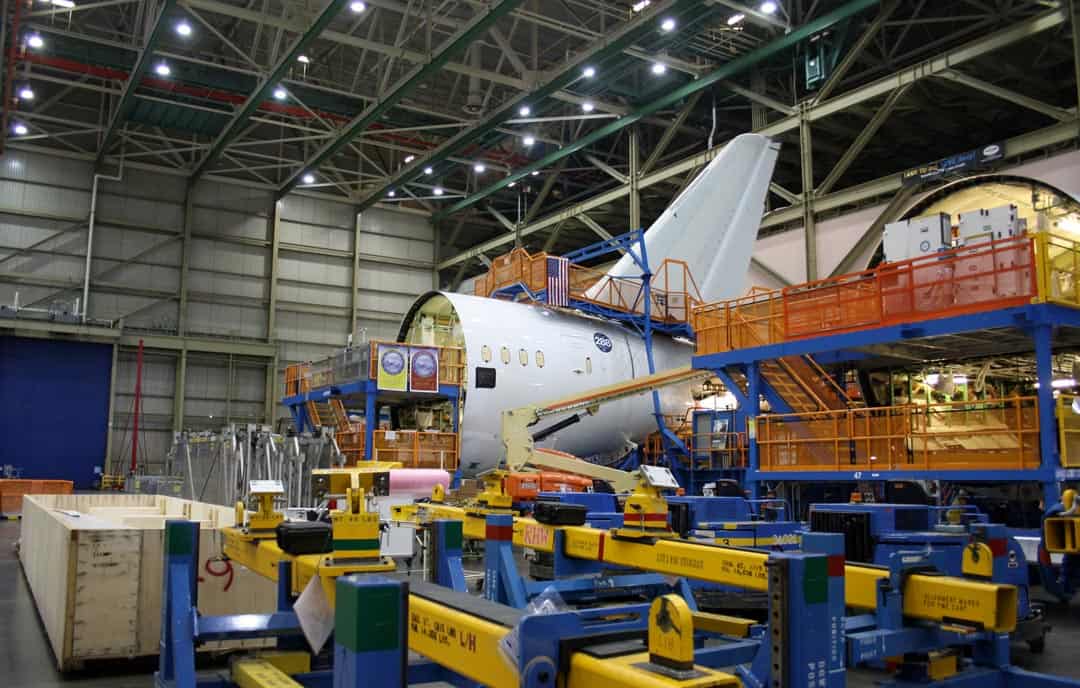 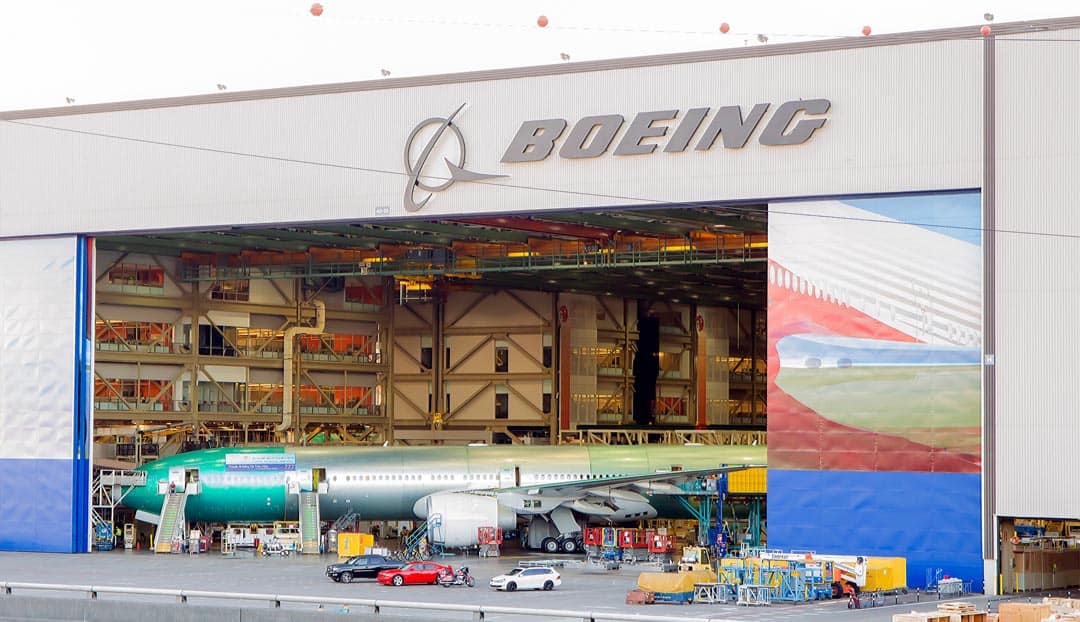 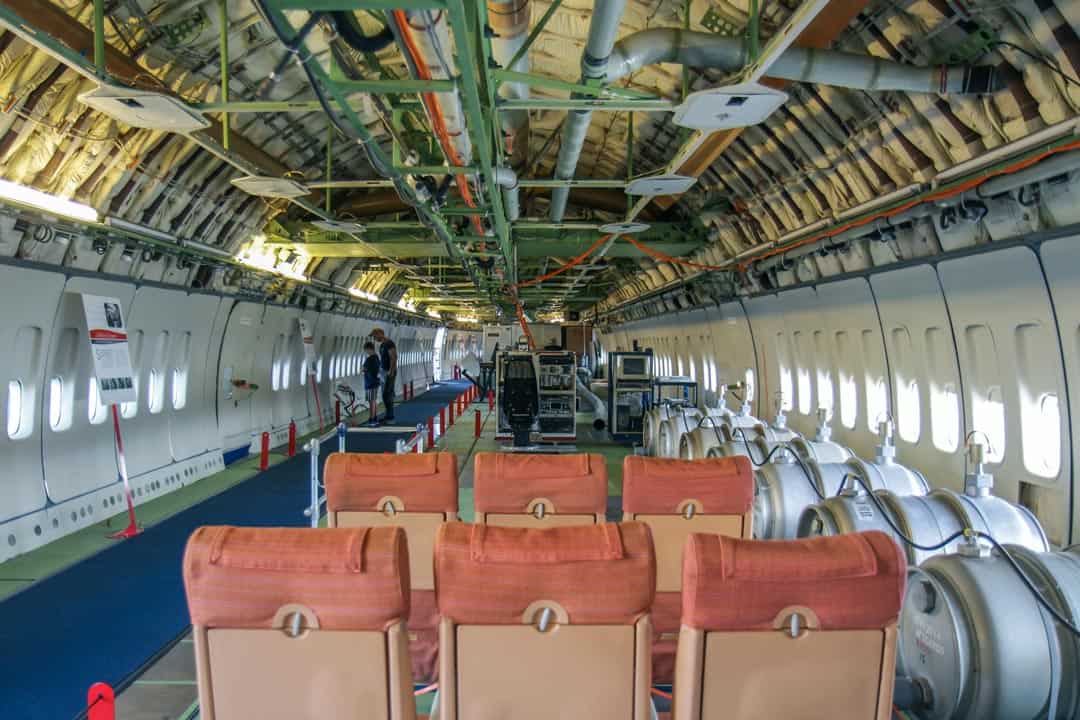 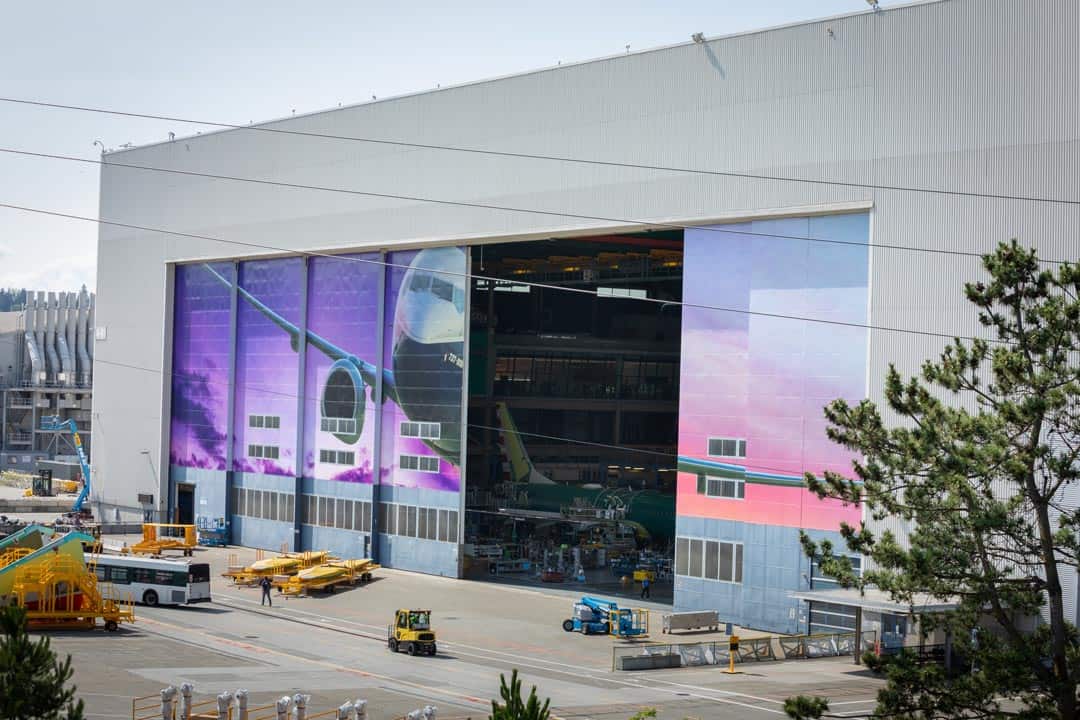 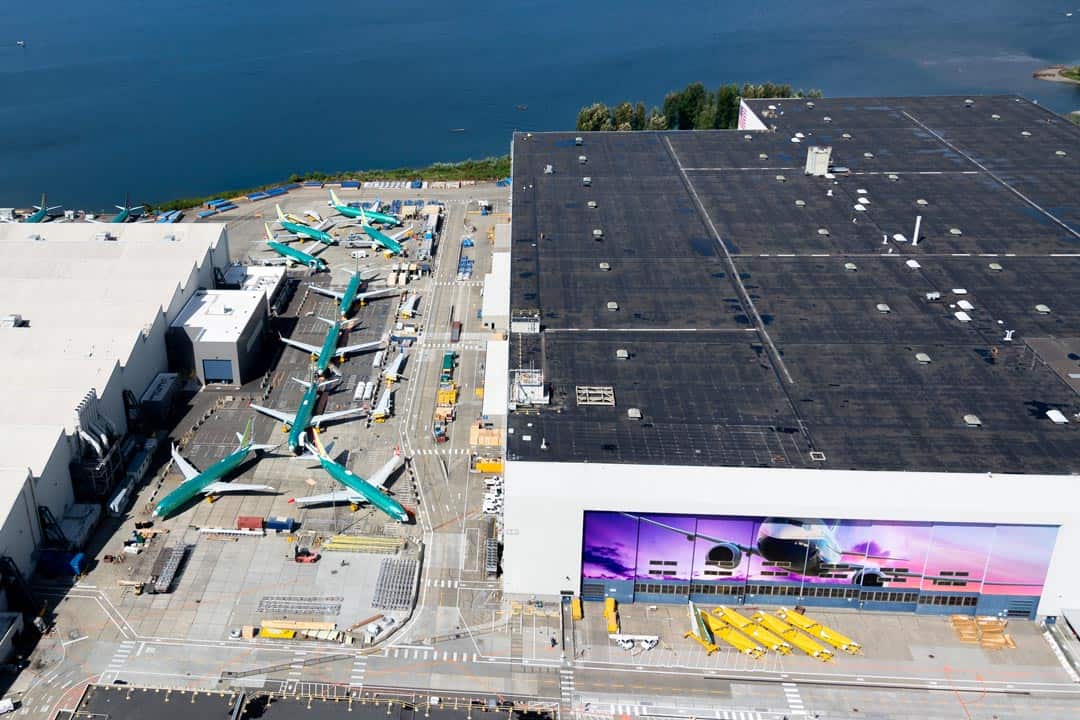 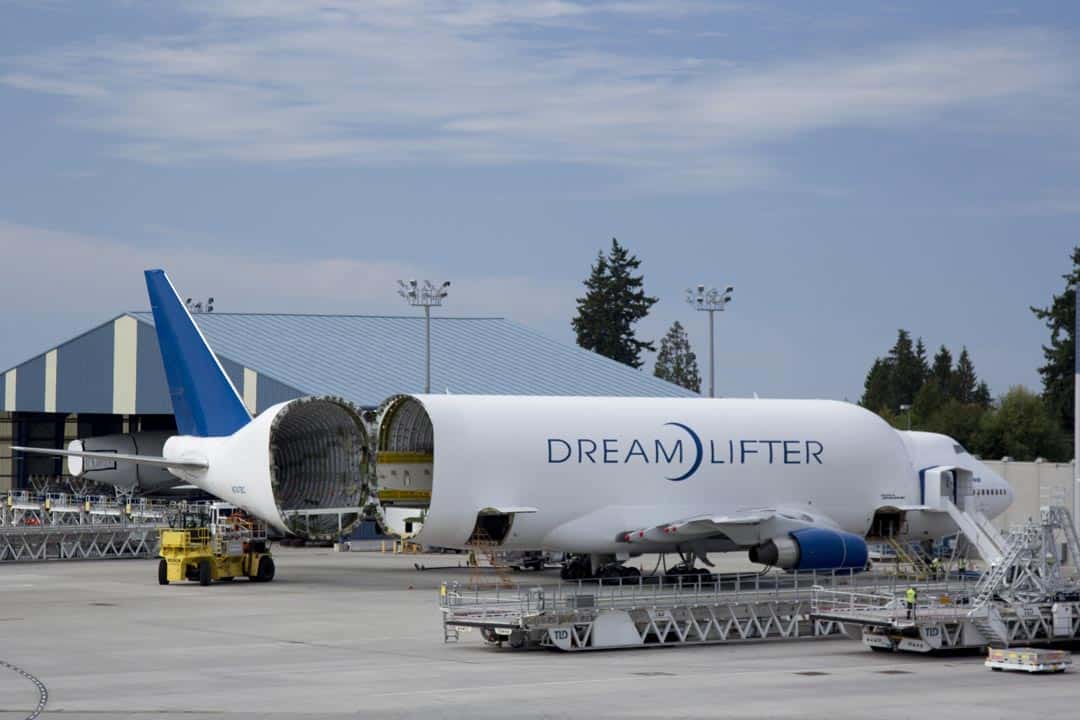 Nor would you know of the recent turmoil if you looked up the current stock price. The aeroplane crashes and subsequent mass grounding did lead to a temporary decline in stock price. However, one year after the first crash, the stock is trading at precisely the same level as before. Who would have thought?

Even the recent congressional hearings, where one politician told Boeing's CEO in front of TV crews that he would rather walk across the country than board a 737 MAX, didn't cause any lasting damage to the stock price.

How come Boeing stock is so resilient, and what could it mean for the stock price further down the road?

In early 2016, Boeing's share price was USD 108. At its current price of USD 370, it is still up more than three times in less than four years. Its previous record high of USD 440, which it reached after (!) the first of the two crashes, is within sight. Since 2009, the stock is up nine times. 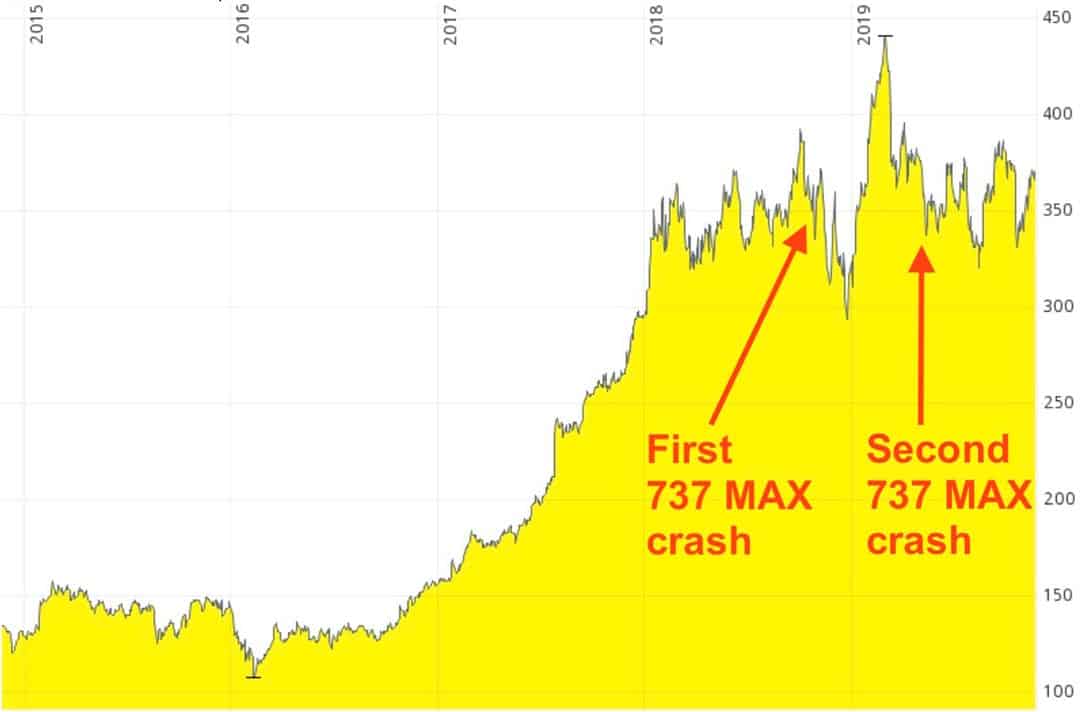 Boeing stock over the past five years.

The share price of Airbus, Boeing's European competitor, has also done rather well. Since early 2016, it has more than doubled. Over the past ten years, it's up 13 times. 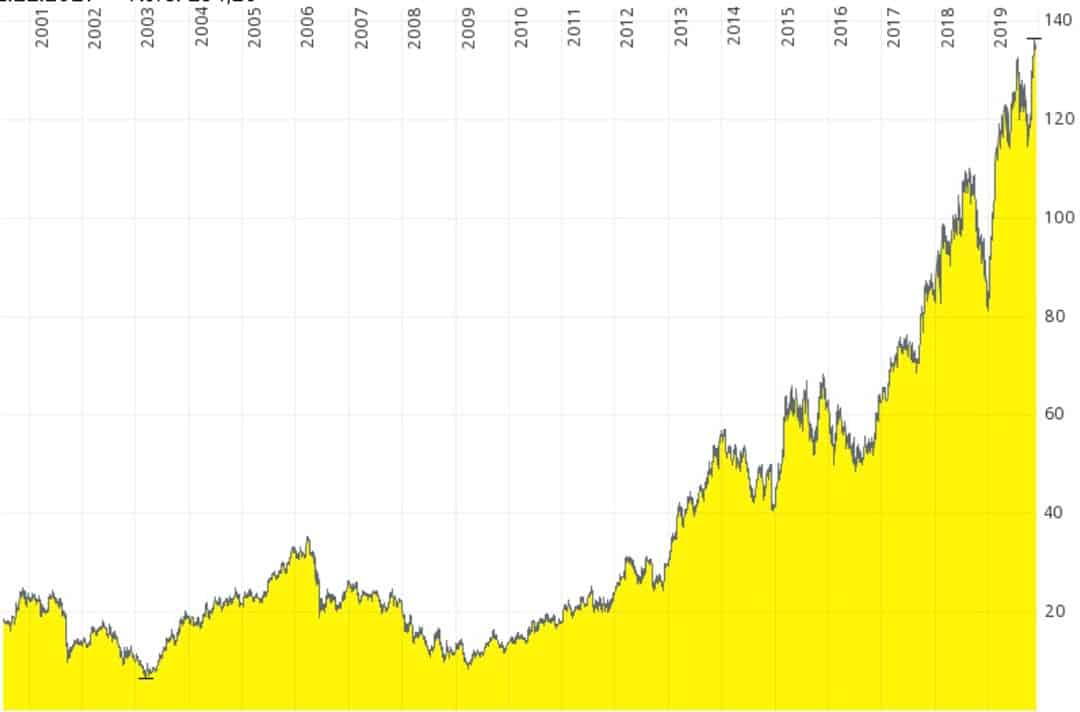 Airbus stock since the turn of the century.

It is worth bringing Airbus into the picture because the peculiar relationship between Boeing and its European counterpart is one of the main reasons why both share prices have done so well. The two companies effectively operate a global duopoly. For large, long-range passenger planes, these two companies control a global market share of 85% to 90%. A few Russian and Chinese aircraft makers try to break into the market, but these efforts have a long way to go before they can endanger the incumbents' dominant market position.

In theory, Boeing has to compete with Airbus just as if they were standard competitors. In reality, this is an industry unlike any other on earth. E.g., there is an unwritten understanding not to turn the other company's misfortune into a marketing opportunity. Airbus could have marketed its products aggressively on the back of Boeing's 737 MAX debacle but it chose not to, in line with a decade-long industry etiquette.

This benign competition has allowed both companies to benefit handsomely from the ever-growing demand for commercial passenger jets. Recent figures showed a staggering 42.3% p.a. return on capital for Boeing, and a pre-tax margin of 11.5% - figures that most companies can only dream off.

What's more, the good times are likely to continue. During average years, global air traffic passenger numbers tend to rise by 5% to 7%. Ever since the 1970s, global air traffic has consistently grown at 1.5 to 2 times the rate of global GDP growth. The International Air Travel Association (IATA) estimates that between now and 2035, global passenger air traffic will double. No wonder that Boeing has an order backlog of no less than 5,500 (!) planes worth a total of USD 474bn.

Though as I have also learned by now, not all of these widely cited industry figures are actually useful for analysing a company's stock.

It looks good on the surface, but…

It'd be easy to rationalise an investment in Boeing by pointing towards the company's order book. The backlog of planes to fulfil existing orders is equivalent to five years' worth of production! Few companies can claim to have sold such an amount of product in advance.

The reality, however, is that such widely used figures are often more a distraction than a useful metric. E.g., the backlog of plane orders doesn't tell you anything worthwhile if you don't have a breakdown of the margins earned on each of these orders; selling a lot of units at a low margin can be worth less than selling a few units at a high margin. Also, no one knows what kind of cancellation agreements these orders contain. Large airlines occasionally cancel orders, despite any cancellation penalties they might have to pay. Throw in the 737 MAX affair, and one needs to question how secure and valuable the order book really is. What if a handful of large aeroplane buyers turned their back on Boeing? The backlog had approached 6,000 planes before the crisis hit, and a worst-case scenario could see a lot more orders pulled.

Also, once you start to dig a bit deeper, you find out about an aggressive accounting technique that Boeing uses to prop up its numbers. Its so-called "programme accounting" determines how to spread out a product line's profits over the course of its lifetime - which makes today's profitability look better at the expense of future profitability. Airbus, in comparison, doesn't do that, and is seemingly much less profitable than Boeing. However, once you take the different accounting methods into the equation, the image changes somewhat.

Boeing sure does have some resourceful people in its accounting department – but is the use of such techniques something to be cheered on by shareholders? If profit numbers are accounted for in a racy way, what would we find in the contractual details of the order book?

I would always want a company to take the most prudent possible approach to accounting. What's more, I would worry about its overall corporate culture if it didn't.

Though for now, I am in the minority when it comes to worrying about Boeing.

Most of Boeing's large institutional shareholders haven't sold any of their shares since the 737 MAX crisis (the shareholder registry confirms as much). They seem to focus on the longer-term perspective of the company's earnings, which promise to break new records.

Based on the currently available figures and projections, they are right to hold on to their investment. Right now, 22 analysts are following Boeing. Their average earnings projection for 2020 is USD 21.41 per share, compared to a stock price of USD 366. The stock's price/earnings ratio of 17 is lower than the 20-year average P/E of 19 (and it traded in a P/E range of 21 to 25 during many recent years). It is not unreasonable to claim that once Boeing has overcome the 737 MAX issue, its stock will once again be valued at the kind of multiple at which it was trading before the crisis. In such a scenario, the share could surpass the USD 500 mark.

These institutional investors could well be right. However, my approach is to buy when a company has truly fallen out of favour. Despite its 737 MAX crisis, this doesn't hold true for Boeing's stock (yet), as its long-term performance shows.

Bargain hunters like us patiently wait for REAL bargains

Since 1962, Boeing stock has seen dramatic temporary declines on nearly a dozen occasions.

E.g., during the 1966 crisis it lost two-thirds of its value, though you'd be pressed to spot this on the 57-year chart! The crash in share price (from USD 5.70 to less than USD 2) was triggered by a four-month period during which Boeing lost four (!) of its 727 jets. Three of the crashes occurred while the planes were attempting to land at US airports, while two happened within three days of each other in November 1965. The 737 MAX affair looks like an unprecedented crisis, but it's not. Boeing has been there before, and the crisis of the 1960s was even worse by some counts. 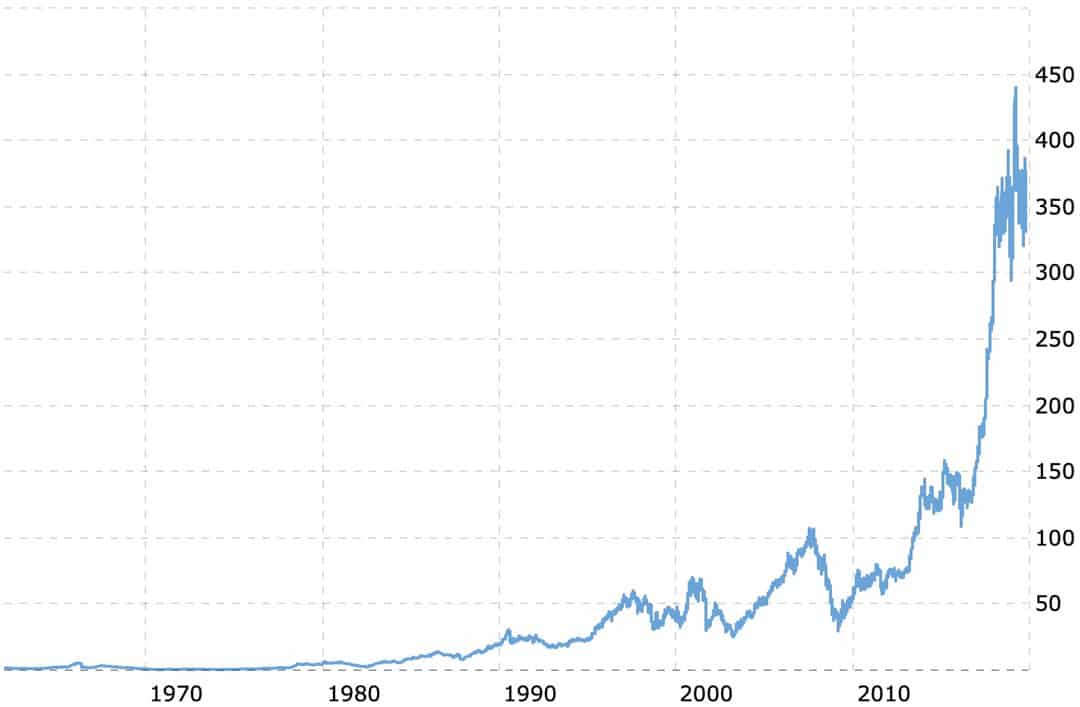 These sharp declines don't come every two or three years, but they do tend to come once every decade. Some of these dramatic declines were triggered by external, rather unpredictable events, such as September 11 or the Great Financial Crisis of 2008. The point is, even if the company is doing nothing wrong, bad things can happen to a stock.

It's difficult to comprehend that the 737 MAX debacle hasn't led to a crash in stock price. But it simply hasn't. There are some good reasons for it, including the current trend towards index investing. Fund managers are under pressure to deploy the seemingly never-ending inflow of money into index funds. They have to put these funds to use by buying into large, well-known companies at virtually any price. Stocks like Boeing do benefit from a steady flow of new investor money that needs to be put towards equities that are part of major indices. Boeing accounts for a hefty 9% of the Dow Jones Index' weighting.

A whole number of factors have led to Boeing stock trading where it's trading right now. I am far from claiming the stock couldn't continue its extraordinary run, and I would be the last person to trash the company's growth prospects or products. As it happens, I wrote this column on board a Boeing 777, en route from London Heathrow to Miami – a most enjoyable flight! But I also simply don't see it as an investment bargain just yet. And finding bargains is what this website is all about.

I did find an aviation-related investment bargain elsewhere, though. If all goes to plan, I'll be publishing number nine of my ten annual research reports within the next two weeks. But that's a story for another day.

In the meantime, I stand by my initial recommendation: if you happen to pass by Seattle with a few hours to spare, a trip to the Boeing factory is probably the most enjoyable use of your time! Travelling, experiencing, and learning about the world are the best investment anyway.

Reader trip to the Galapagos Islands in November 2020
Learn more

A European blue chip stock that could be a 15% p.a. compounder for the new decade