Revisiting the Amazon of Iran – a final chance to get in?

E-commerce in Iran is nascent but growing fast. The country's equivalent to Amazon, Digikala, benefits from favourable demographics, changing consumer behaviours caused by the pandemic, and a thriving scene of local Internet entrepreneurs.

If you wanted to get in on the company, you could - via a little-known Swedish investment holding (usually, buying stocks in Iran is almost impossible for private investors): Pomegranate Investment AB (ISIN SE0006117511) owns a 9.6% stake in Digikala. Pomegranate Investment stock trades on the Swedish OTC market, and there is a Swedish brokerage firm that accepts international clients.

Why would anyone bother opening an account in Sweden and trading a stock on a lightly regulated, illiquid over-the-counter market, though?

Quite simply, the potential upside is insane and the logic behind the investment compelling.

The same investors who initiated Pomegranate Investment had landed a 500-bagger when they invested in Russia before others did. By investing in Russia during the politically and economically difficult period of the 1990s, they enjoyed the spoils of a once-in-a-generation investment coup. Hoping to repeat this success story, they subsequently created a holding company with a focus on Iran.

Liquidity in Pomegranate Investment stock has so far been extremely tight, though. The company has a market cap of ≈EUR 100m, but most of its stock is in the hands of long-term investors.

The story so far

Investing in Iran is a polarising subject. The US continues to place significant international sanctions on the country, and you can argue whether anyone should invest in Iran at this time, whether directly or indirectly.

My extensive analysis of the situation in February 2021 ("The Amazon of Iran - 10, 50 or 100 times your money by investing via Sweden?") proved a hit with readers.

At the time, stock in Pomegranate Investment was available at EUR 14, compared to its net asset value of then EUR 22.8. In other words, in addition to the upside through its underlying investments in Iran, it also had upside through possibly catching up with its higher net asset value. This was an extraordinary bargain (and as an Undervalued-Shares.com reader, you had exclusive access to this analysis).

The stock subsequently rose to EUR 24. Unfortunately, only a small number of my readers were able to benefit from it. Quite a few of you were willing to open an account in Sweden but even when you did, trading liquidity in the stock was minimal.

A few days ago, Pomegranate Investment announced its intention to issue EUR 10m to EUR 15m in additional stock. This announcement is not even on the company's website yet but was shared via email (which yours truly has a copy of).

To drum up demand for this share issue and to determine the issue price, the Swedish brokerage firm and OTC market maker, Pareto Securities, is going to host virtual investor meetings next week.

Why would you want to look at this opportunity?

As predicted in my February 2021 article, Digikala is moving towards an IPO. When Iran's Amazon equivalent finally goes public, its upside will be dramatic, not the least because the company is likely to prove a hit with local retail investors. If you want to get in on this opportunity, you have to do so before Digikala goes public.

Why Iran, why now?

Iran's 83m people make it the second largest country in the Middle East and North Africa (MENA) region after Egypt (100m). 65% of the country's population is younger than 35 years, and it has one of the highest literacy rates in the region. Its economy is also the second largest in the region with a GDP of USD 500bn, after Saudi Arabia's USD 800bn.

So far, only 2% of the country's retail shopping is conducted online. The current global average is about 18%, and countries like China (28%) and South Korea (28%) show where things may be going longer term. Iran already features an Internet penetration of 84% and 53m smartphone users. With a high urbanisation rate of 76% (compared to 33% in India and 75% in Germany), Iran is relatively easy to penetrate logistically, once you have established an operation.

The country's e-commerce sector catching up seems to be a question of when, not if. It provides a groundfloor opportunity that you'll be hard pressed to find elsewhere in the world.

The entire e-commerce ecosystem of Iran is currently valued at EUR 4bn to EUR 5bn - equivalent to about 0.5% of international valuations. You can argue about the time it takes to catch up and the difficulties that Iran (and its investors) will experience along the way. However, when Iran does catch up, investors are likely to make many times their money one way or another. In that sense, it is comparable to picking up resource-related assets in Russia during the dark days of the 1990s.

For all its faults and risks, Iran's e-commerce sector benefits from a few unusual circumstances. As a result of the economic sections, which have prevented foreign companies from entering the country, Digikala and comparable companies benefit from less competition, a higher market share and higher profit margins than their counterparts elsewhere. The economic sanctions have helped these companies gain an edge and build a moat.

The precise timing of such an unusual opportunity is difficult. In my view, having SOME exposure is key. E.g., it could make sense to put 1% of your portfolio into Iran's Amazon equivalent and simply leave it for five or ten years. Imagine you had done so during the initial period of Amazon. If you manage to buy into the opportunity at a discounted price (as suggested by the guide price for the upcoming share issue), then all the better.

For Pomegranate Investment to maximise the value of its stake in Digikala, it'll be important for the Iranian company to go public. In this regard, the plot thickens. As the email to investors stated, Digikala is now looking at a "possible mid-term IPO".

Which is why now is the time to act. If you are among those of my readers eager on this opportunity, with today's Weekly Dispatch you've got all the information you need to try and get in on the deal next week.

How to go about it

If this idea interests you, I recommend you do the following:

This is no ordinary opportunity, and there is some difficulty in trading the stock, as it is only traded on the Swedish OTC market through a Swedish broker, Pareto Securities.

Since the announcement went out, trading in the stock has halted. When trading resumes, you can check the stock price by downloading the OTC Price Sheet provided for free by Pareto Securities.

The email to investors said:

"Pareto Securities has been mandated by Pomegranate Investment AB ('Pomegranate' or the 'Company') to explore a potential private placement of approx. EUR 10-15 million. Investors are now being approached for meetings with the Company's CEO, Florian Hellmich, and CFO, Gustav Wetterling. The purpose of these meetings is to examine whether these investors are interested in this opportunity and if so to collect feedback on volumes desired at given price levels.

RSVP
Please register with your sales representative or [email protected]"

There is no guarantee that you'll be allocated stock, and the share issue may not even take place at all if there is no demand (quite unlikely, if you ask me).

The total volume of the planned stock issue combined with the estimated 40% discount to net asset value could make for an exciting and unique opportunity to secure yourself a stake.

A few other investors with a deep understanding of the opportunity have already decided to latch onto the Iran e-commerce story:

I suspect that these large investors already know a bit more about Digikala's plans for the foreseeable future.

Digikala will issue its shares based on a valuation of EUR 555m (USD 650m) for the entire company. Iran has particular risks, and no company is ever a guaranteed winner. However, just as with certain Russian investments in the 1990s, today's valuation of Digikala could eventually become one of the greatest investment bargains of all time.

Adventurous investors who can put up with the current difficulty of buying stock should probably take another close look now.

Investing in Russia for massive profits

Russia's stock market offers some of the highest dividend yields in the world. Which stocks are worth a closer look? What other extraordinary opportunities exist in countries that you never would have considered?

In my hour-long chat with fellow contrarian investor Mikkel Thorup (Expat Money Show), we look at the importance of investing overseas - and why being called a "weirdo" is actually not too bad after all.

There's a podcast for those who prefer to just listen in, and a video if you'd like to see us in person!

Listen to the podcast
Watch the video

Investing in Russia for massive profits

Russia's stock market offers some of the highest dividend yields in the world. Which stocks are worth a closer look? What other extraordinary opportunities exist in countries that you never would have considered?

In my hour-long chat with fellow contrarian investor Mikkel Thorup (Expat Money Show), we look at the importance of investing overseas - and why being called a "weirdo" is actually not too bad after all.

There's a podcast for those who prefer to just listen in, and a video if you'd like to see us in person!

Listen to the podcast
Watch the video 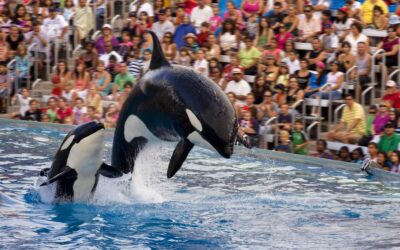 SeaWorld Entertainment – why an “uninvestable” stock rose by over 500%

In 2013, SeaWorld Entertainment got shamed over its treatment of orcas. Many believed the stock would never recover, but it’s now at an all-time high. What happened?

END_OF_DOCUMENT_TOKEN_TO_BE_REPLACED 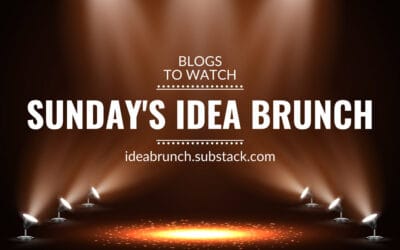 END_OF_DOCUMENT_TOKEN_TO_BE_REPLACED

Petershill Partners is a newly IPOed specialist fund manager that is complex and opaque. It’s worth keeping an eye on, though, for that very reason.

German blue chip Bayer is currently down and out. 2022 should bring a turnaround, though, similar to the one seen at Volkswagen.

This European entertainment champion is looking to turn itself into a global giant - and could gain 125% by mid-2022.

Novavax: The "best" coronavirus vaccine and an undervalued stock?

Can coronavirus vaccine maker Novavax profit from the vast majority of unvaccinated people, and make vaccine sceptics fall in love with it?