Smart money has started to buy Brexit Britain
23 August 2019
Possibly one of the biggest opportunities in terms of valuations is the British stock market amidst the current Brexit developments.

It goes back to the old adage about contrarian investing. If you want to identify attractive investment opportunities, you have to be prepared to challenge widely accepted notions. Take any of the most widely held beliefs of the time, and consider the other side of the argument. Ask yourself, what happens if the majority of people are wrong?

I would call this the single most crucial mental exercise you can do in investing.

It's fashionable – for lack of a better word – to buy into the notion that if or when Britain leaves the European Union, disaster will strike:

This view has been the predominant projection of Brexit Britain in mainstream media outlets both in the UK and abroad. It is widely supported by British career politicians from all parts of the political spectrum.

Not surprisingly, the British stock market is currently trading at its lowest relative valuation in 30 years. The low exchange rate of the pound sterling is only adding to the current bargain valuation.

But some serious investors no longer share these views. Unlike journos and career politicians, these investors are even willing to put their money where their mouth is. There has been a notable shift during the past few months.

A lot of smart money has recently been betting that NOW is the time to buy into Brexit Britain through acquiring entire undervalued companies. There has been a flurry of takeover activity in Britain, much of it driven by investors who seem to be very astute indeed.

Here are just some examples: 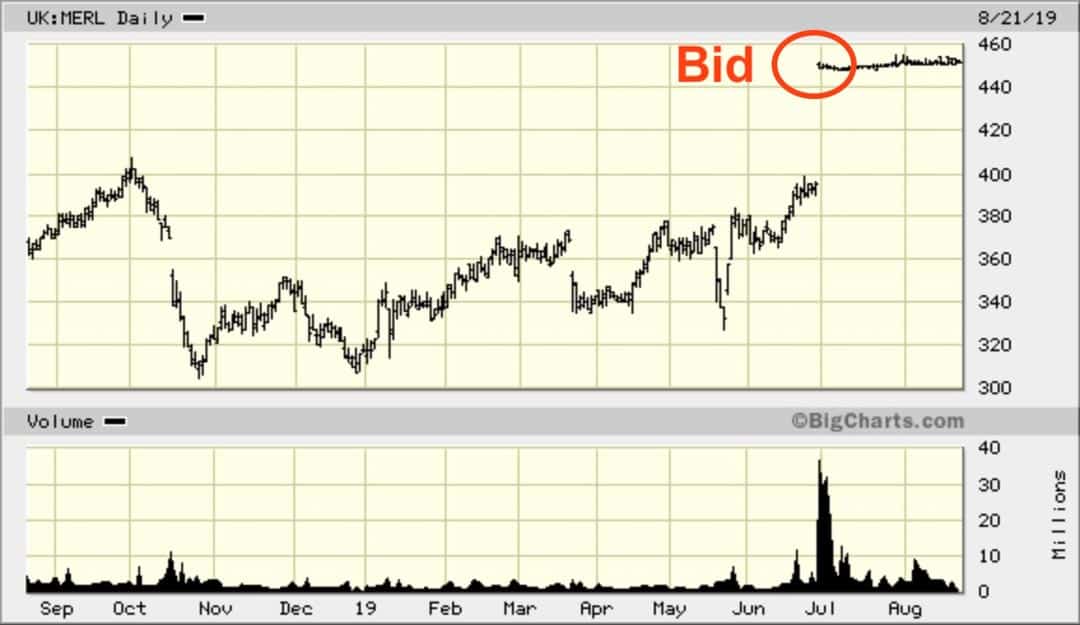 Merlin shareholders rejoiced over quite a nice bid. 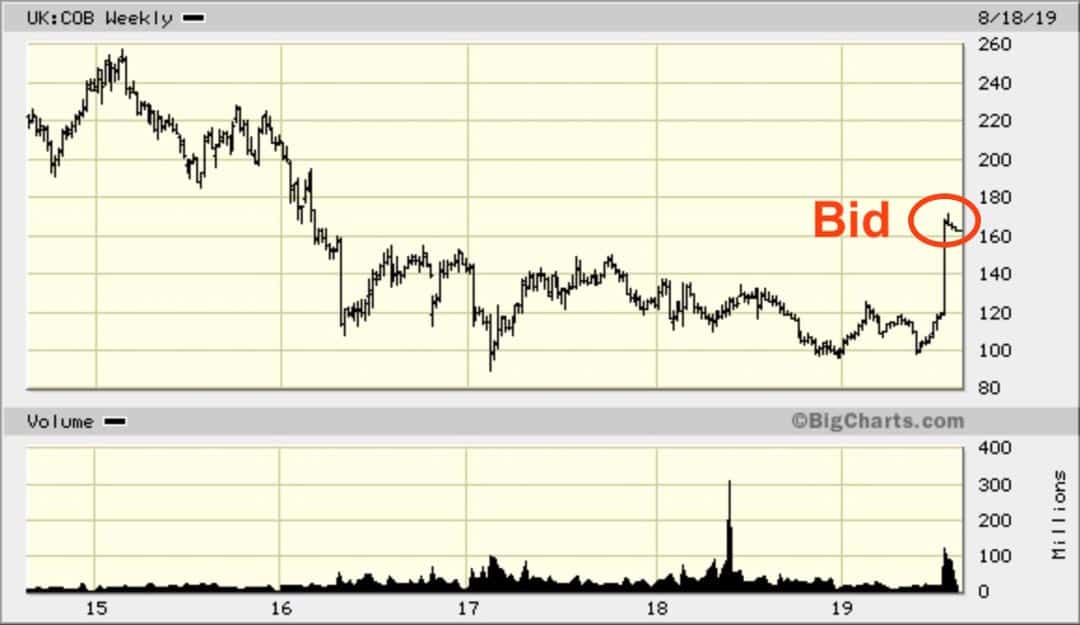 Cobham shares seemed "down and out", but then rallied overnight on the back of a bid from the US. 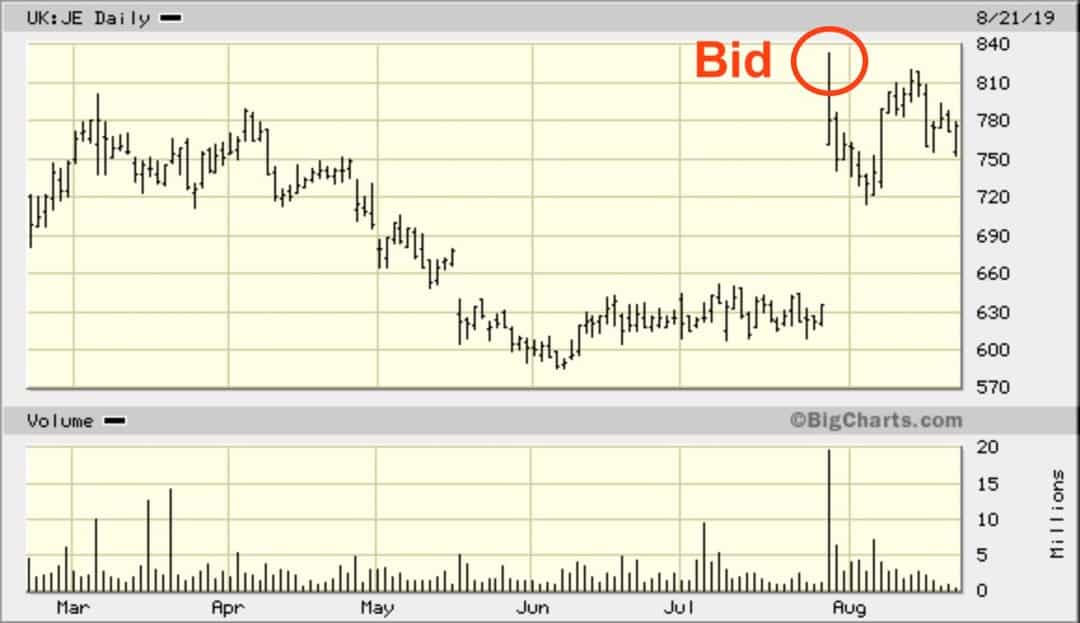 A Dutch rival is going to devour Just Eat.

These are just some of the larger examples. There have been plenty of other transactions.

If Britain was about to turn into an economic hellhole, why the flurry of multi-billion bidding activity?

The answer is likely going to be that quite a few sophisticated investors see Britain flourishing once Brexit is finally done, rather than the opposite. Their view is that once Brexit has happened and following a brief transition period, the investing public will once again appreciate the British stock market based on rational analysis rather than fearmongering.

Personally, the entire situation reminds me of the "Y2K" hysteria, when everyone expected all the computers around the world to stop working on New Year's Eve 1999. Does anyone even remember and not laugh about it now?

I share the view that even if Brexit causes a few bumps in the road – and it certainly will – these issues have all been priced in already (and then some).

Add the fact that the British pound's low exchange rate makes acquisitions superbly cheap for foreign buyers. Note how every single example of major takeovers I have given above goes back to bidders who can use their euros and dollars to buy sterling assets. Based on the Big Mac Index, the pound is currently undervalued by about 30%. If you are from outside of Britain, go for a shopping trip to London to see for yourself how cheap the country has become.

American buyers, in particular, are paying attention. Purely based on the exchange rate, investments in Britain are now the cheapest for US investors than they have been in a whole decade. Speaking very broadly, the view of Brexit from the US tends to be a wholly different one than the one often held on the Continent.

It's noteworthy, too, that these investors are not buying into the whole story of "No one will make any decisions before there isn't clarity on Brexit". Note how they have been buying in the months leading up to what is now quite likely going to be the actual Brexit Day, and following the resignation of "Remainer May". There is not a single person in the world who can tell with certainty how the next months will play out in terms of Brexit. Yet, these buyers don't care.

Again, this isn't difficult to explain. There is a significant likelihood that once Brexit has happened (presumably, on 31 October), markets will realise that "Project Fear" was overdone and acquisition targets will not remain available that cheaply. These investors have realised it's: "Get 'em while you can!" At least for now there is a deadline to work towards, and it's not the usual 31 December deadline that is driving many mergers and acquisitions during the second half of a year, but 31 October.

What I set out above is not a view you will read about much in most other publications. But it's one that other, highly sophisticated players have started to latch on to.

Among them, no lesser firm than Goldman Sachs.

In a 15 August email to institutional clients, Wall Street's no. 1 deal-making firm advised its clients:

"We expect Private Equity and corporates to continue to crystallise value in UK stocks if public investors shy away due to political volatility."

Put another way, Goldman Sachs expects more bids for publicly listed UK companies because they are so cheap to buy.

As the email noted: "With circa USD 270bn in the Private Equity war-chest, it's not surprising that year-to-date 60% of public takeovers in the UK have had a private-equity buyer."

USD 270bn in private equity money looking for a home is a lot of dosh that needs to be invested. Handily, the UK is also the easiest-to-access takeover market in Europe. Take the case of Cobham, which has a 90% global market share in the air-to-air refuelling market. Imagine a US investor bidding for a STRATEGIC French or German military defence firm – all hell would break loose! It would be "Nein" and "Mais no!" from a broad swathe of national politicians. In the UK, such transactions are just a matter of ordinary business and barely cause a ripple. Britain has always been Western Europe's most open economy. It will be even more so after it has left the protectionist EU block. 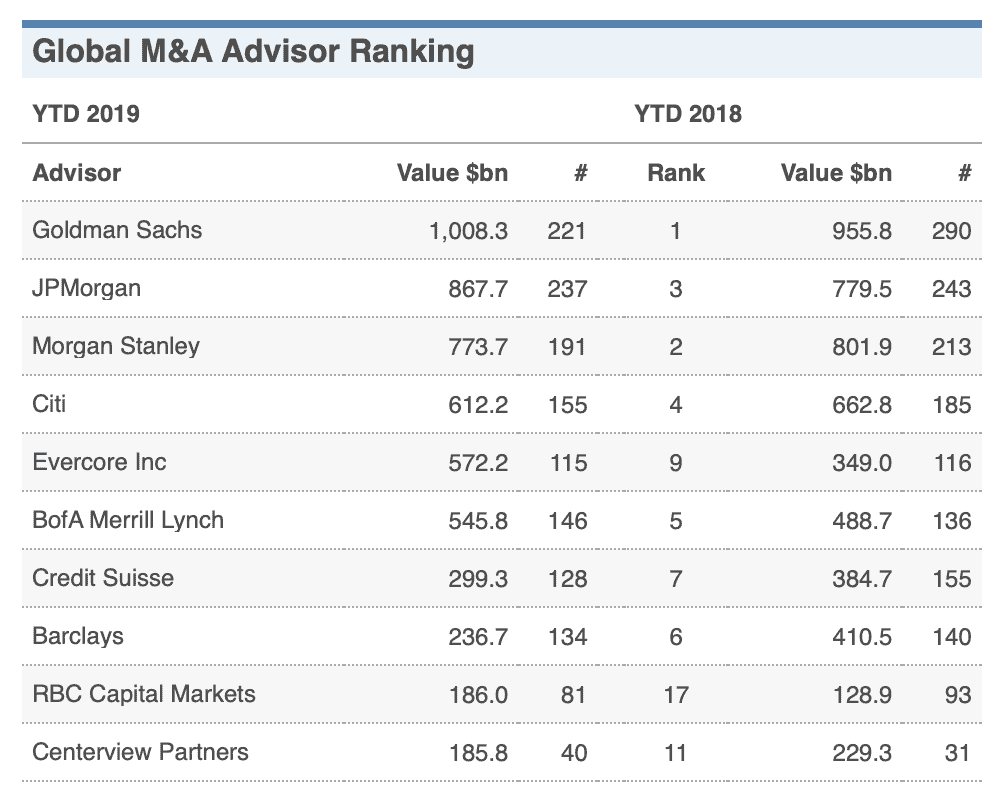 Trust Goldman Sachs' insights: The firm is currently the global no. 1 in M&A deal-making, both in terms of transaction volume and number of transactions

Not surprisingly, the Goldman Sachs client email also included a list of potential takeover targets. I have studied it in detail and can assure you that there are plenty of attractive targets on the UK stock market! (Though I can't publish more than this brief excerpt.)

The buying continues as I write this

Literally, while I was putting together this note did another multi-billion dollar bid for a British company emerge.

Li-Ka Shing, Hong Kong's richest man with a USD 32bn fortune, unveiled a GBP 4.3bn offer for Greene King, the London-listed pub group. 91-year old Li-Ka Shing had started his career as a vendor of plastic flowers, and he is often dubbed "Superman" for his investment skills. Strangely, he does not seem to believe the Brits will stop going to pubs after Brexit Day.

Li-Ka Shing's offer price represented a hefty 51% premium compared to the last share price before the announcement. Evidently, he is keen on his bid succeeding. The high premium is also a function of the relatively low share price in the run-up to the bid, which goes back to the entire point of the British stock market being quite cheap right now.

Quick money was made on the back of a bid for Greene King.

The premium paid in the case of Greene King is just another case that demonstrates how much money can be made on the back of current equity valuations on the UK stock market.

The recipe is relatively simple. Here are the key ingredients to cook up delicious takeover profits:

Here is how I see it: There'll be more bids for British companies, and soon.

Many of these will be reported in the media as "despite Brexit". In my view, they should be described as "because of Brexit". These bidders are buying into a country that – so God will – will soon be freed from the shackles of the German-Franco federalist project now deservedly dubbed by many as the "United States of Europe".

On the back of all this, I also expect the entire British stock market to stage a turnaround. There'll no doubt be all sorts of turbulence between now and 31 October, but there has hardly ever been a better time to place long-term bets on publicly-listed British companies.

Or as Goldman Sachs put it: "We think the next 2 months will likely provide extraordinary opportunity to buy UK assets."

I fully expect the kind of major swing in opinion and perception that I described in the introduction. Though this assumes a proper Brexit does take place, instead of a Brexit-in-Name-only (BRINO) or a postponing. There does remain a risk that the Westminster political class and their affiliated industries (i.e., forcibly funded mainstream media such as the BBC, think tanks and NGOs that receive direct or indirect EU funding, large parts of the permanent bureaucracy) will continue to frustrate the British peoples' quest to once again become a sovereign, independent country. Although the chance of a proper Brexit actually happening soon has never been higher.

Anyway, the turnaround of the broader British market is a story for another day.

For now, I wanted to let you know that there is an attractive way for you to get in on the Brexit-driven British takeover opportunities RIGHT NOW.

My personal British takeover recommendation for you

The 53-page report I sent to the Members of my website on 13 August deals with a particularly attractive British takeover target.

I'm extremely confident in the takeover scenario, and I admit to being just a tad proud of this particular report. It contains a myriad of details that I have researched about the company in question, its industry, and the key investors driving its current consolidation. I wouldn't be surprised if it ended up being read by some of those parties that have a tentative interest in the company.

If you'd like to read more about this company and why I believe that it will also be gobbled up by private equity buyers (or a strategic buyer) soon, you can still get my report in time. The stock is currently trading on the same level as when I first sent out the report.

Membership is only USD 49 a year.

The low price I charge for full Membership of my website represents one of the best-value deals you can find anywhere in the investment-related blogosphere. Once you are a Member, you can download all past reports as well as those that are coming out over the next 12 months. Each report will cost you less than a cup of coffee. These reports may even be fun to read, as some people say.

Cuba – how to profit from distressed debt